Born and raised in Fairfield, Connecticut, he lived from 1802-1874, through many of the critical events of our time, War of 1812, opening of the Erie Canal, rise of the Hudson River School of Art, 1835 Manhattan Fire, National Bank Failures, evolution of horse cart to railway transportation. Election of Lincoln, Civil War, Grant election, introduc-tion of "Greenbacks", Tweed Ring of corruption, etc.

Going door to door on Front Street in New York City he was hired by a Merchant firm led by Luman Reed, becoming a member of the most elite class of businessmen in the world.  He became a recognized man of un-questioned integrity and business acumen and invested his capital into many major business endeavors. 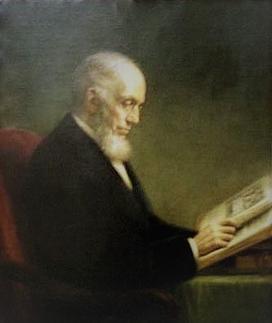 His death reverberated throughout New York city and his home in Fairfield. Those who knew him actively held his life up as the example of hard work, integrity and for decades after. His "country home" still stands today on Mill Plain Road in Fairfield, Connecticut. Jonathan Sturges was a man lost to history- until now. 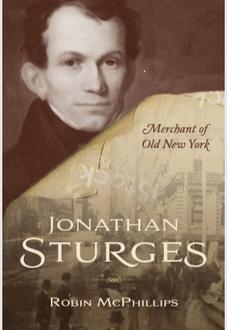